On Saturday, August 29, 2015, the Bureau of Land Management (BLM) began a gather of up to 200 wild horses in the Cold Creek area of southern Nevada – about 30 miles west of Las Vegas. They say horses are suffering from extreme drought conditions and lack of forage. Local wild horse observers agree that some wild horses – perhaps up to 70 (but not 200 that the BLM intends to remove) have stopped migrating up to summer forage higher in the mountains until mares with foals, particularly old ones, are either in poor condition or starving.

However wild horse advocates once again disagree vehemently with the BLM as to the cause. They say the lack of forage may never have happened if the BLM and USFS had not delayed for 2 years in permitting trained volunteers to apply reversible birth control to the wild horses in the Spring Mountain range. And – to be fair – if some of the public had not fed Cold Creek wild horses to get close-up photos.

In June 2013, the US Forestry service (USFS) and BLM proposed a management plan based on roundup and removal of so-called excess wild horses. America’s Wild Horse Advocates then proposed an alternative management plan near Cold Creek where nearly all mares would be darted painlessly with a proven contraceptive, PZP, that has significantly reduced birth rates, for example, in buffalo on Catalina Island, in 4 different wild horse areas across the US, in deer populations and even elephants in African parks. The animals were kept in numbers that their habitat could support. More importantly, stable wild horse family groups self-limit birth rates, but roundups destroy the family groups.

This is what local Las Vegas residents have argued for since 2011, even going to Washington to present their plan. At no cost to the taxpayer, local wild horse advocates could have provided the certified darters, the contraceptive and a careful documentation of the results of the PZP plan. Within 5-7 years, the birth rate would have just replaced animals lost to natural causes like mountain lions, lightning strikes and old age (see springmountainalliance.org).

Las Vegas wild horse advocates proposed to disperse water sources across the range so horses would not concentrate near Cold Creek. Dispersed water sources would also benefit deer and elk, the other large mammals near Las Vegas that the Nevada Dept. of Wildlife (NDOW) has tried to reduce in number by increased hunting licenses. But the BLM and US Forestry Service has now extended the environmental assessment until January 2016 and, you watch, they may extend it to May 2016. Three years to analyze simple alternative plans?

So why don’t the trained advocates just dart the wild horse mares and build alternative water sources on their own? Because they would violate federal laws that carry heavy fines and even federal sentences.

Why didn’t the Federal agencies allow reversible PZP on wild horses in our public land in the Spring Mountains? Why indeed? The delay has resulted in wild horses’ disastrous suffering and range deterioration. Instead of limiting population growth, the BLM will once again remove wild horses to costly long-term holding pens destroying their freedom forever.

How can Federal agencies justify this debacle?

USFS, as the lead agency, in concert with BLM initiated in June 14, 2013 their SPRING MOUNTAINS WILD HORSE & BURRO COMPLEX PROJECT plan holding three public meetings in the Las Vegas area as part of the NEPA process of public comment. For details of their management plan, see SMComplexScopingReport40960June2013 at http://www.fs.usda.gov/project/?project=40960&exp=overview

A decision on the various management plans was anticipated within 8 months which would have permitted the first PZP contraceptive darting to occur in fall 2014.  The first dose of PZP is best applied to wild horses in the fall and a second (booster) dart given in early spring.

However, for staffing, fire and flood, and other reasons, the two agencies involved have continually pushed back the Project Milestones for TWO YEARS. The NEPA or Forest Plan Amendment Decision Document was to be released in late May of 2015, however that date has now been pushed onto December 2015.

The Alliance considers this ever-constant delay to be a disaster. As of April 2015, two additional generations of foals have been born and a third generation has been conceived in Spring 2015. The delay may eventually create the very conditions of range decline that will justify the agencies’ original proposal of roundup and removal. The delay certainly fuels the lack of public trust in and anger at the federal government’s professed goals and responsibilities. And that is putting it mildly.

May 2012: The Spring Mountain Alliance goes public with its innovative 6-point plan to preserve the local wild horses and burros for future generations.

April 19, 2012: AWHA & Spring Mountain Alliance Director, Arlene Gawne, met in Washington DC with (then) BLM Director Bob Abbey to present a 6-point plan to preserve for future generations the wild horses and burros of the Spring Mountain Complex, administered by the BLM (Bureau of Land Management). Director Abbey was supportive of many aspects of the plan and recommended that staff proceed with further meetings to discuss the plan at state and local levels.

February & March, 2012: Over 1300 people and firms signed on as supporters of the Spring Mountain Alliance – without benefit of exposure on the Internet, Facebook or Twitter. These supporters believed that BLM’s proposed winter 2012-2013 roundup of most of the horses and burros in the Spring Mountains was unnecessary, costly to taxpayers, potentially harmful to the animals, and would bring the wild ones to such low population levels that tour guides could not find them in over 600,000 acres. Jobs would be lost to Las Vegas and Pahrump just when the cities sorely needed to expand their tourism draw. Worse, wild horse and burro family bands would be destroyed, the Johnnie herd removed from the northwestern range forever, and the genetic diversity of the remaining animals might be jeopardized.

Instead of an unpopular helicopter roundup and removal of most of the wild ones, Alliance volunteers would dart very young and old mares and jennies with PZP, a proven contraceptive thereby controlling numbers. Volunteers propose to bait-capture and remove easily-trainable 1 to 2-year-olds for local adoption while leaving survival-savvy mature horses and burros on the range. The Alliance would also improve tourism viewing conditions and raise funds for regular scientific census-taking and analysis of range conditions. This innovative program was designed to save the government tremendous costs while preserving the wild horses and burros for the enjoyment of future generations.

October 2011 through January 2012: AWHA (America’s Wild Horse Advocates) developed the Spring Mountain Alliance, a non-profit volunteer organization that would focus on a different approach to wild horse and burro population management in one specific HMA (Herd Management Area), the Spring Mountain Complex. The Spring Mountains run north/south between Las Vegas on the east flank and Pahrump on the west. Just 20-50 minutes from a well-developed tourist infrastructure supporting over 40 million visitors a year, the Spring Mountains do not have any livestock competing for grazing on public land. This is a nearly ideal place to demonstrate the potential economic value of wild horses & burros to tourists, both local and international.

July 2011: AWHA (America’s Wild Horse Advocates) led a BBC film crew and renowned horse whisperer, Monty Roberts, on a wild horse film shoot in the Cold Creek area of the Spring Mountains. The BBC documentary, was released in the following year, February 2012, on BBC 1. The overseas crew that had filmed wildlife around the globe were thrilled at the iconic beauty of the wild horses and the landscape of the Spring Mountains. They felt they should be saved as a world heritage. 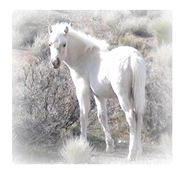 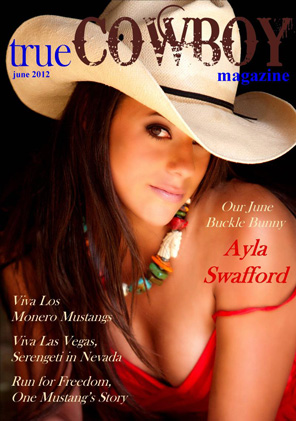 Why Safari-style TOURISM is OUR future

Private enterprise can create
“an experience of a lifetime”   tours at all price points. Near the Las Vegas Strip, there’s a virtually undiscovered outdoor attraction that could....